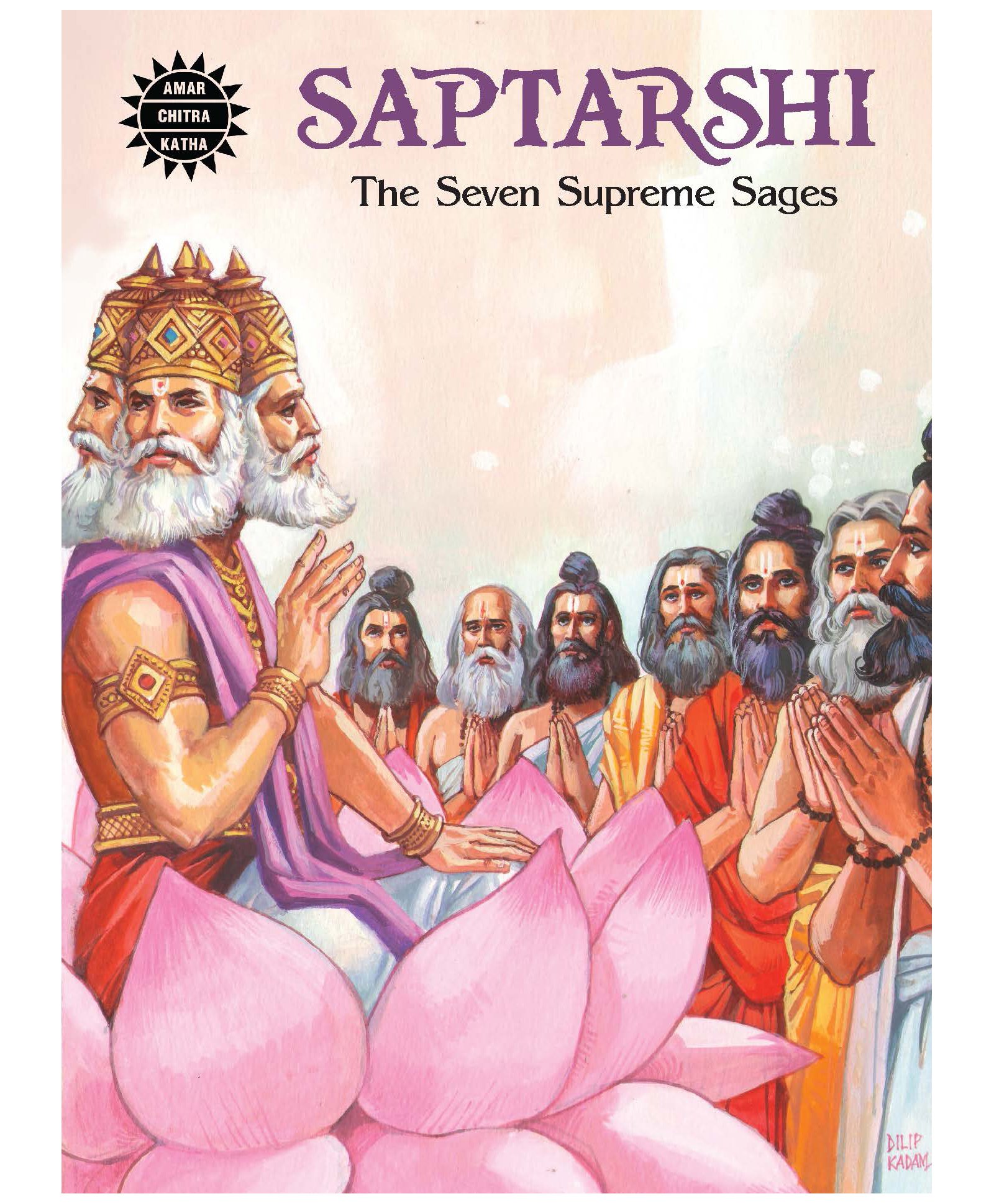 Earn Loyalty cash 0/- for this product. Get upto 2x/3x times LC amount at checkout, if you're a club member. You can redeem it in your future purchase (Min. 50/- Loyalty Cash is required.)

In each manavantara Brahma creates seven exceptional sages from his mind, who represent supreme knowledge and righteousness. It is their duty to see that law and order is maintained in the Universe.
We live in the Vaivasvata Manavantara. Amar Chitra Katha has captured stories from the inspiring and remarkable lives of the seven sages chosen to represent the current manavantara.

Atri was known for his honesty and for his devotion. He was married to Anasuya who was a very pious woman and capable of great deeds. Atri's life spanned many yugas. He played a role in the events of the Ramayana as well as the Mahabharata.
Vasishtha was the voice of wisdom and honesty. He was the kulguru to the Solar Dynasty and tutored Rama and his brothers.
Kashyapa is considered the father of all living beings. Brahma gave him the task of creating life for swargaloka, bhooloka and patal-loka.The origin of all creatures can be traced back to Kashyapa and his wives.

The proud King Kaushika had a troubled relationship with Sage Vasishtha. He wanted to become a Brahmarshi just like him. The story tells of his transformation into the accomplished sage, Vishwamitra.
Gautama and his wife, Ahalya, overcame the mistrust and insults of the people of Brahmagiri and brought Ganga to the parched land.
Jamadagni, who was a proficient student of the Vedas, was chosen by Vishnu to be his father during his avatar as Parashurama.
Bharadwaja's thirst for knowledge was so great that he prayed to Indra for a long life so he had enough time to learn. With Indra's blessing he spread the knowledge he had learnt, around the world.

The seven sages are said to reside in the heavens as stars of the Saptarshi Mandal. Amar Chitra Katha is one of India's largest selling comic book series, with more than 90 million copies sold in 20 Indian languages. Founded in 1967, the imprint has more than 400 titles that retell stories from the great Indian epics, mythology, history, folklore, and fables in a comic book format. It was created by Anant Pai, and published by India Book House. In 2007, the imprint and all its titles were acquired by a new venture called ACK Media. On September 17, 2008, a new website by ACK-media was launched.

5.0
1 ratings
5
4
3
2
1
WRITE REVIEW
Your review is under moderation & will be on the site once approved. Check review status
No Rating/Reviews posted by Verified Buyers
See All User Reviews

OTHER OFFERINGS FROM Amar Chitra Katha Amar Chitra Katha Bhagawat The Krishna Avatar by A... 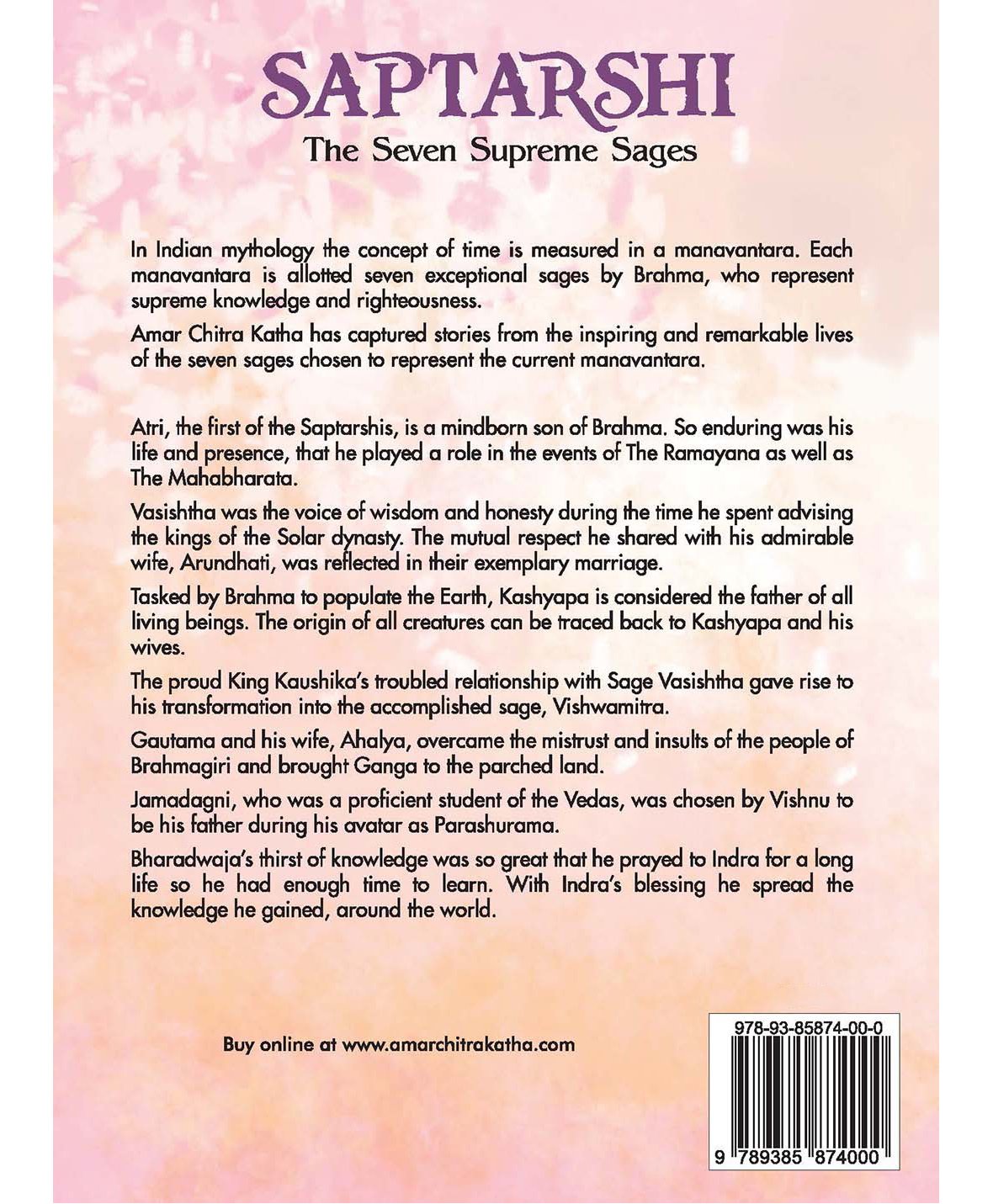 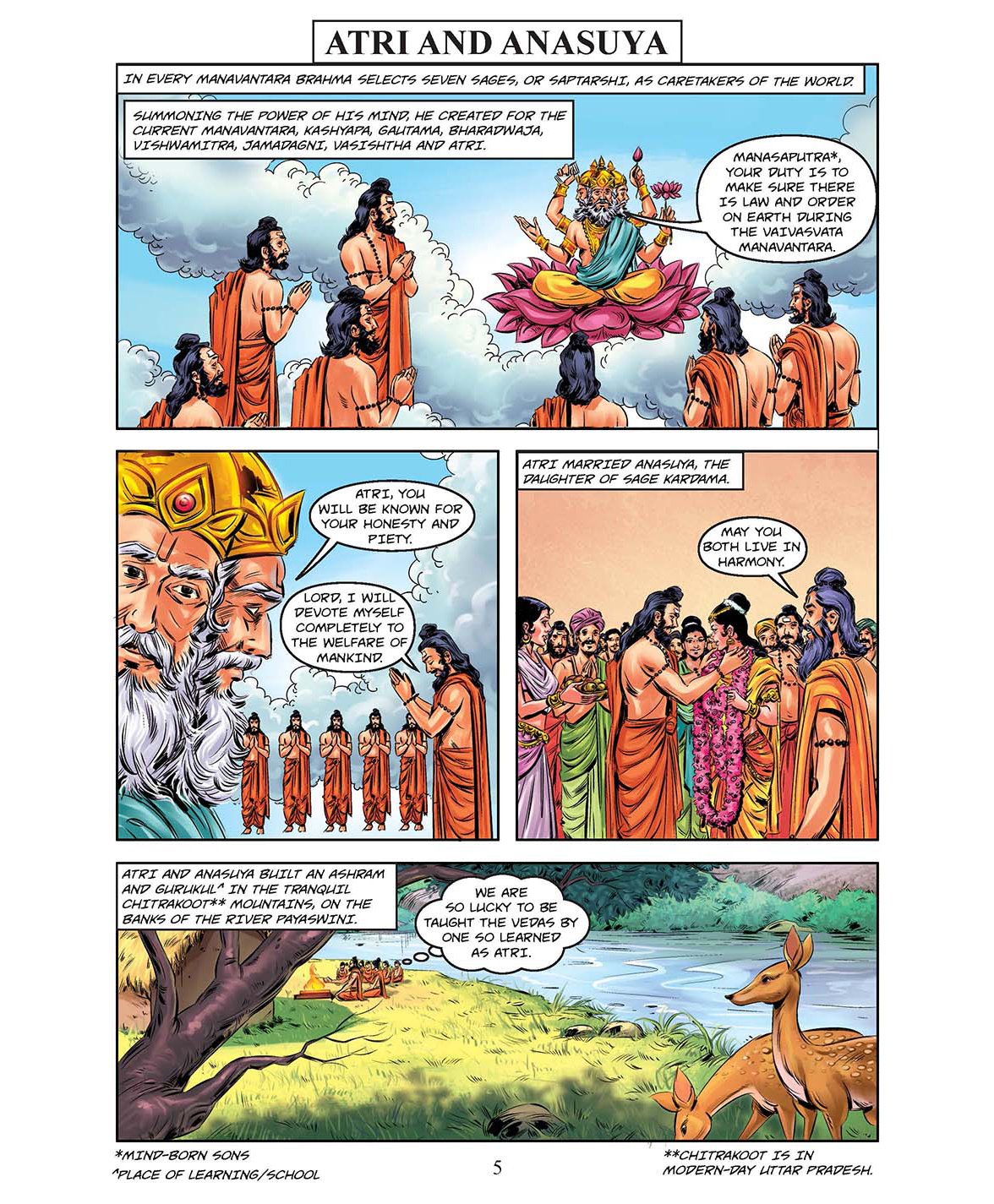 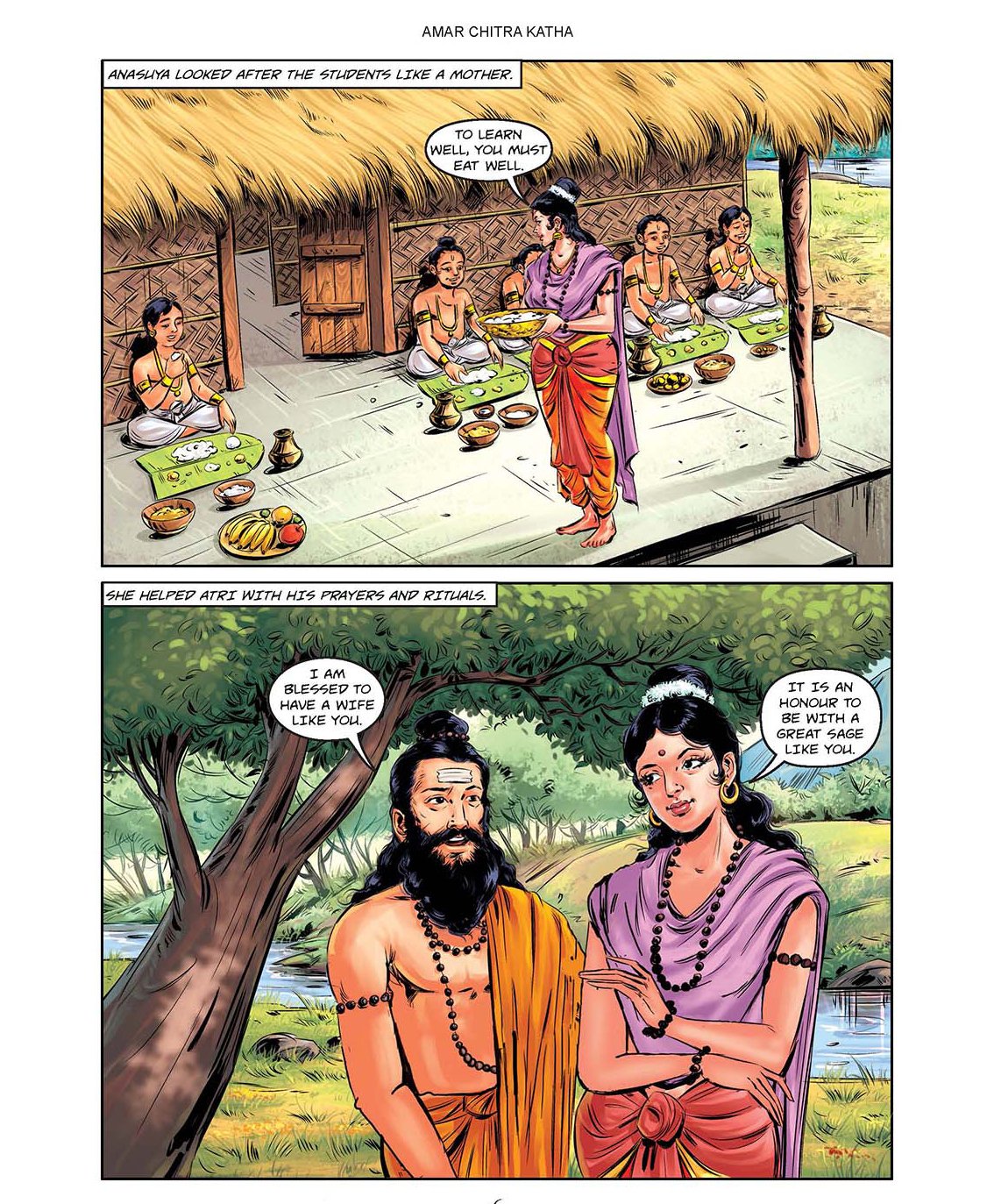